Due to the current situation, we will not be processing online orders at this time. You can still add items to your shopping cart with the option to send your list for a quote to an Authorized Schluter Dealer near you.

Brief overview of our company's history

Planning your next Schluter project? Searching, configurating, pricing, and planning your tile project just got easier. With the Schluter®-App, you can create projects, easily find product information, get help with your DITRA-HEAT project, and even find a Schluter dealer near you. The new app is designed to support you through every step of your Schluter project! 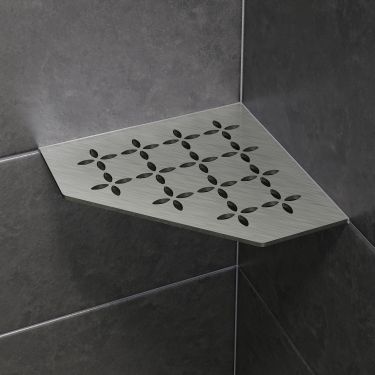 SHELF: A shower accessory with STYLE

Designed to complement the Schluter® STYLE drain grates, these brushed stainless steel shelves can be installed either in tandem with the tile, or as a retrofit application—without the need for any screws or fasteners. Five different shapes and sizes in the Curve and Floral designs make it easy to select a SHELF that suits any situation.

Relocating a drain for a shower can be extremely challenging and potentially expensive in many remodeling and renovation situations. Part of the Schluter®-Shower System, the KERDI-DRAIN-H features a horizontal outlet, allowing the drain to be positioned where desired, regardless of drain pipe location. 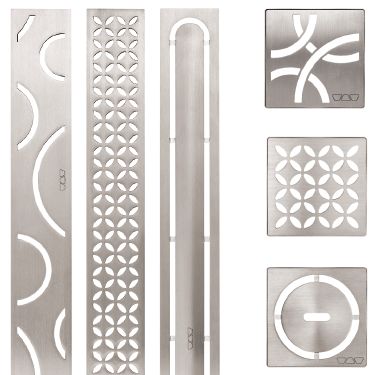 The STYLE series of shower drain grates from Schluter-Systems features brand new designs that fit into a virtually invisible frame, resulting in a stylish and truly seamless look for shower floors. Three new grate designs are available for both the standard 4” square point drains, and for Schluter’s linear drains in lengths from 20” to 48”. 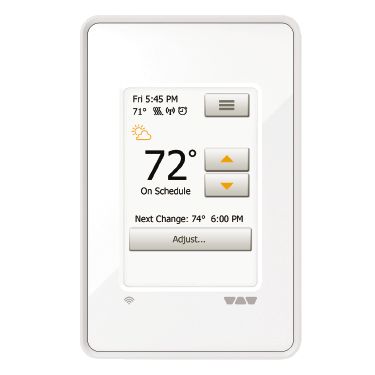 Control your DITRA-HEAT floor warming system anytime, anywhere! The Schluter®-DITRA-HEAT-E-WiFi thermostat allows you to program warm-up and cool-down times, access your energy consumption log, view the weather forecast, and more—all from the convenience of your smart phone or computer. 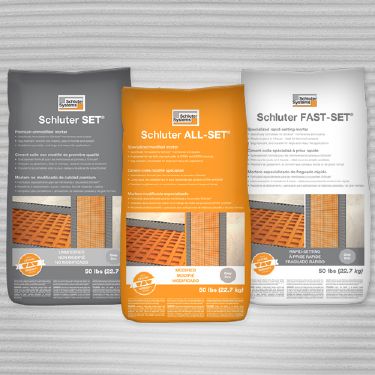 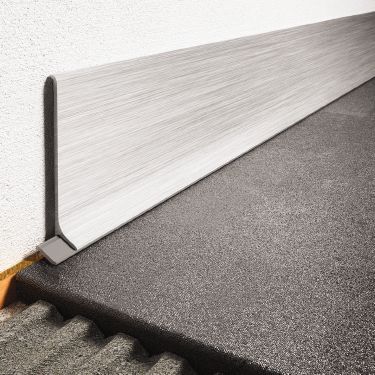 Schluter®-DESIGNBASE features a clean, polished look, and is easily attached to the wall using a suitable adhesive, such as KERDI-FIX. An optional sealing lip accessory is also available to protect the floor/wall transition from moisture penetration and to reduce the transmission of impact sound. Available in a brushed stainless steel appearance finish and color-coated aluminum in matte white, DESIGNBASE is a great option to finish any tiled floor! 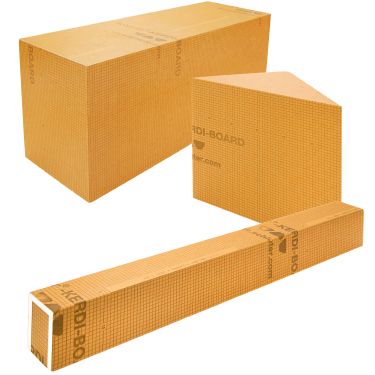 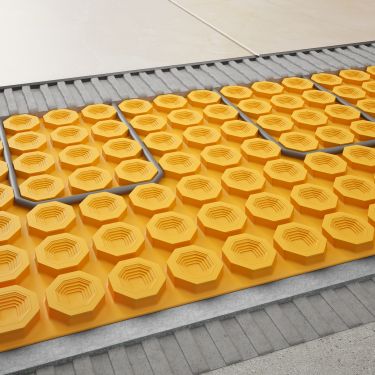 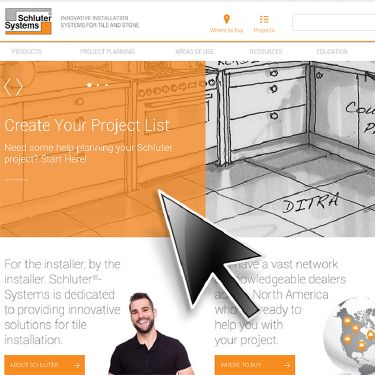 Inspire. Learn. Choose. This was the theme behind the completely newly designed schluter.com website, with an emphasis on building projects, collaborating, configuring products, and learning more about our systems and solutions. 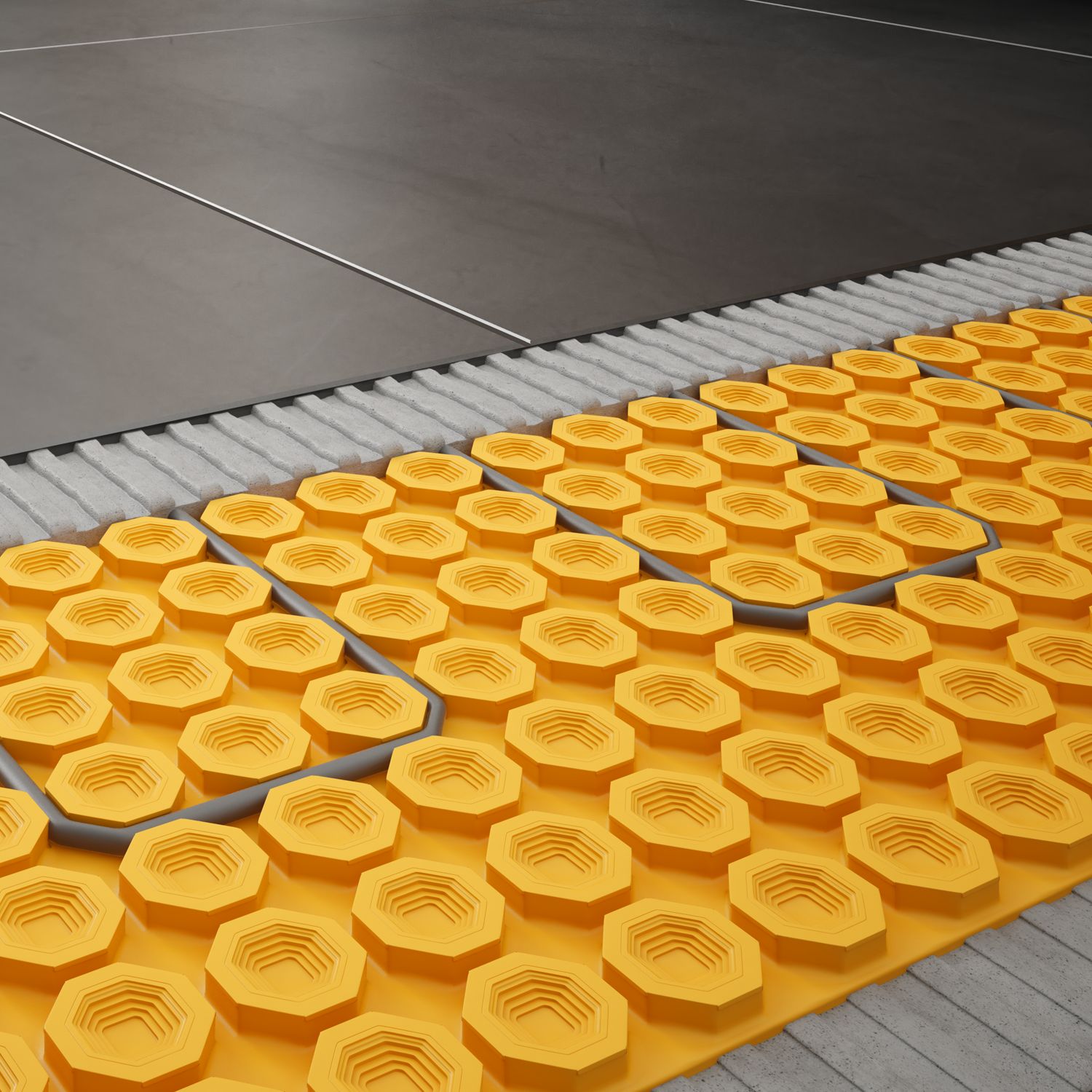 Schluter®-DITRA-HEAT is the only electric floor warming system that directly incorporates uncoupling technology to ensure that floors aren't susceptible to cracked tiles and grout. Cables can be placed wherever heat is desired for customized heating zones, and no leveling compounds are required, which makes for a quick and easy installation. With the proven technology of our Schluter®-DITRA uncoupling membrane incorporated in the design, Schluter®-DITRA-HEAT provides the ideal solution for bringing comfort and floor warming to any tiled floor. 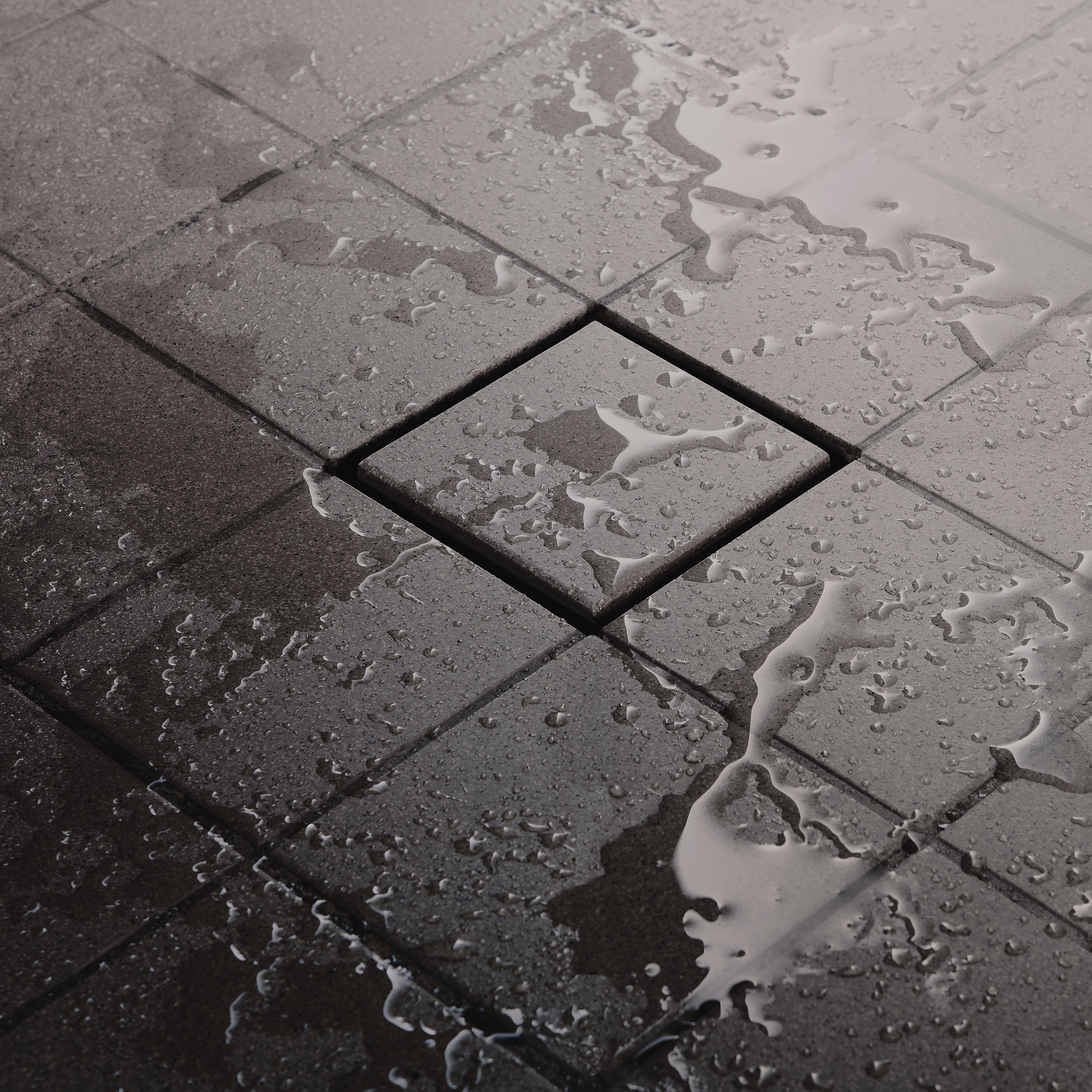 The frameless, tileable covering support features a square stainless steel plate with Schluter®-KERDI laminated on the surface to allow for bonding of ceramic or stone tile, creating a virtually invisible drainage line. 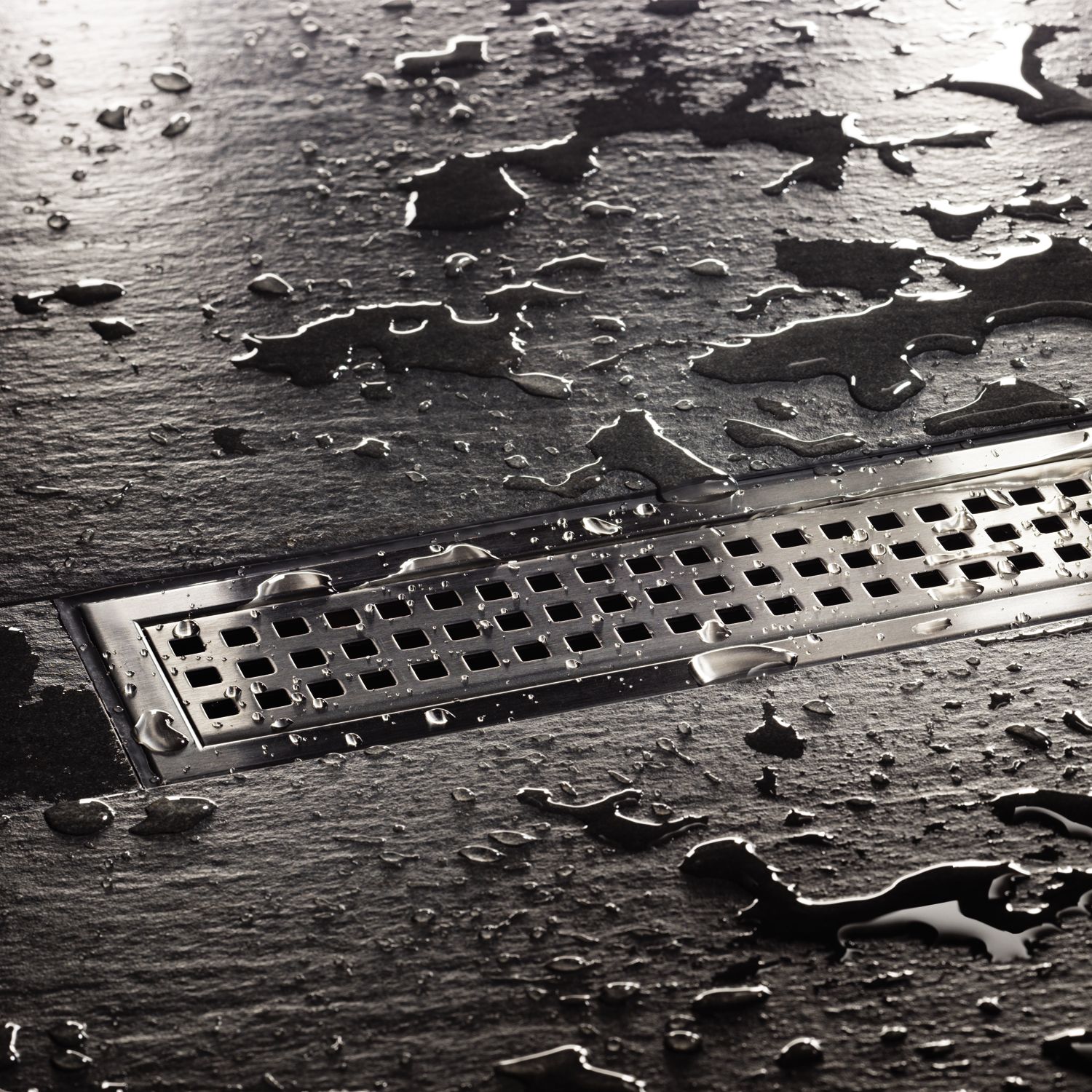 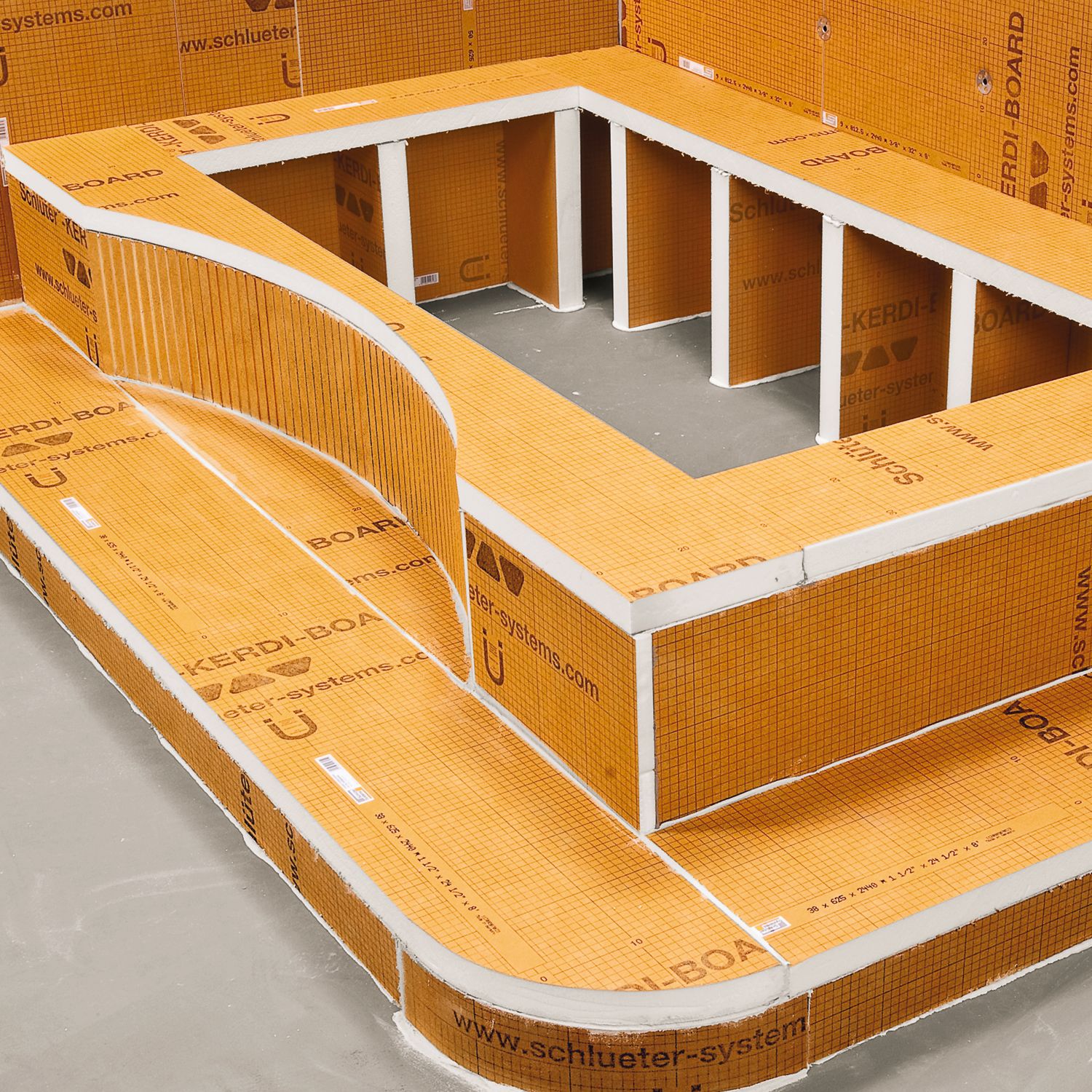 Schluter®-KERDI-BOARD gives tile setters more control over their projects by providing them with the means to simply and easily create ideal substrates for tile. Unsuitable substrates can be remedied and new substrates can be created while keeping the technical and aesthetic requirements of the tile covering in mind. 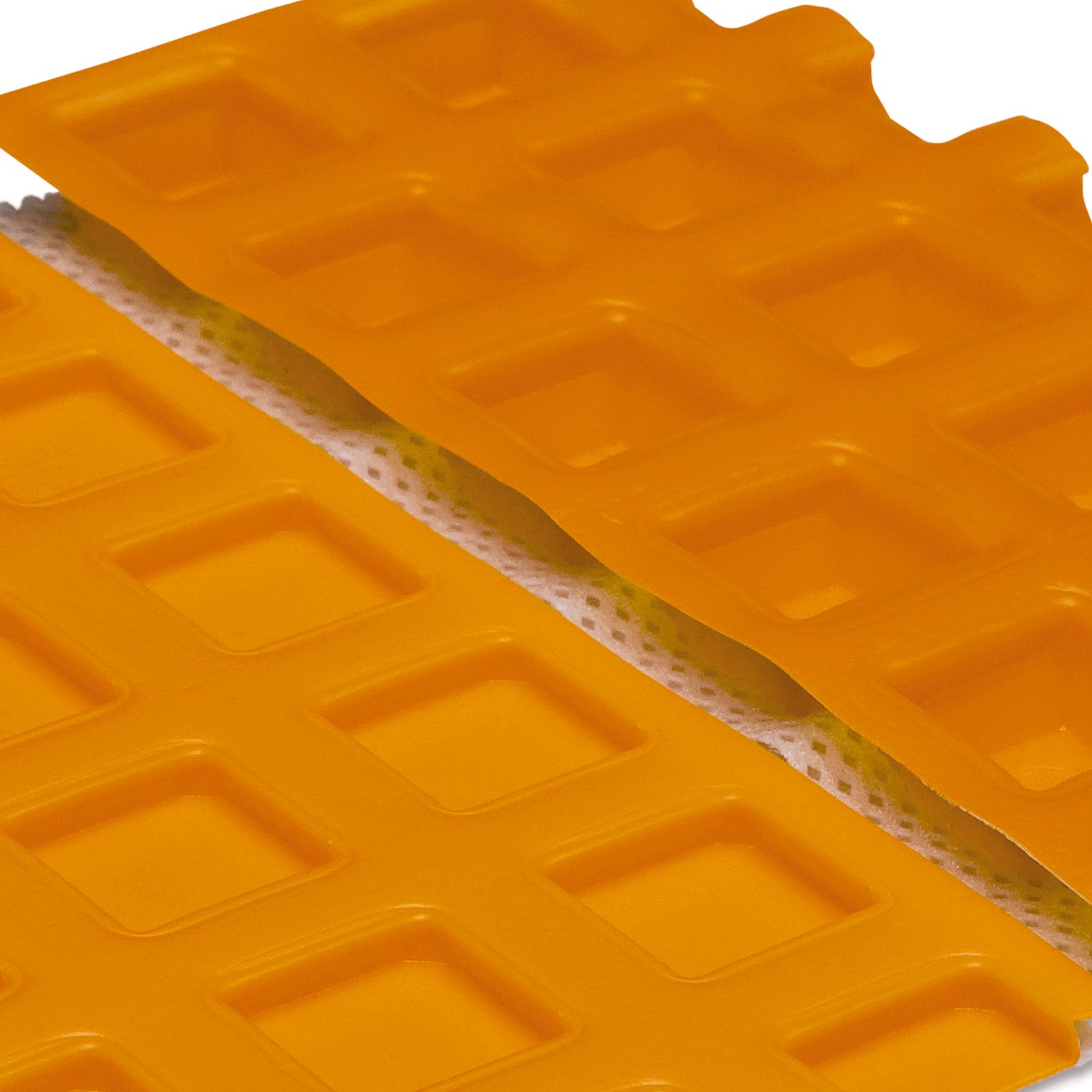 Schluter®-DITRA-XL is 5/16" (7mm) thick, which permits even transitions between tile and 3/4"-thick hardwood flooring. DITRA-XL allows for ceramic tile application over single-layer plywood/OSB subfloors on joists spaced up to 24" (610mm) o.c. 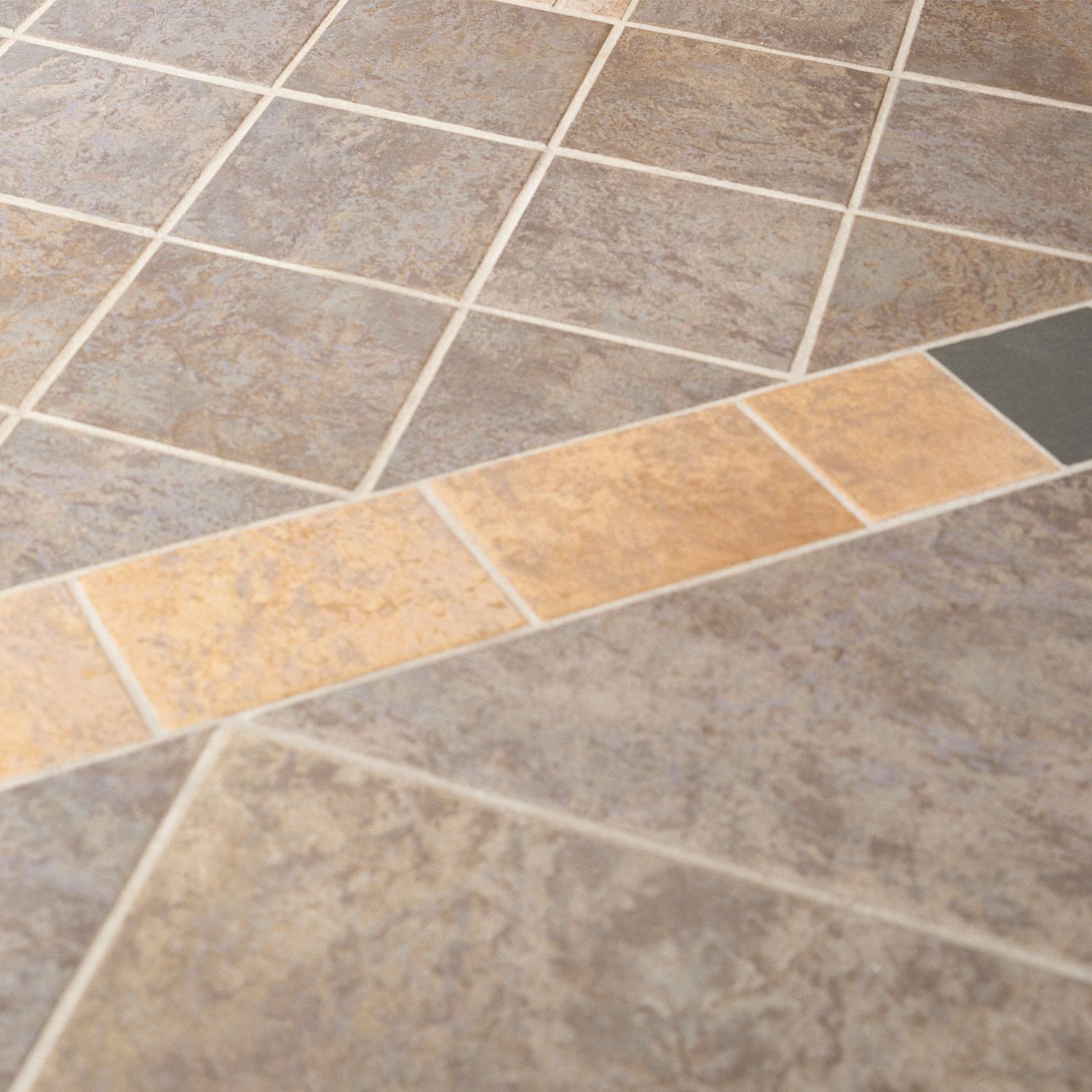 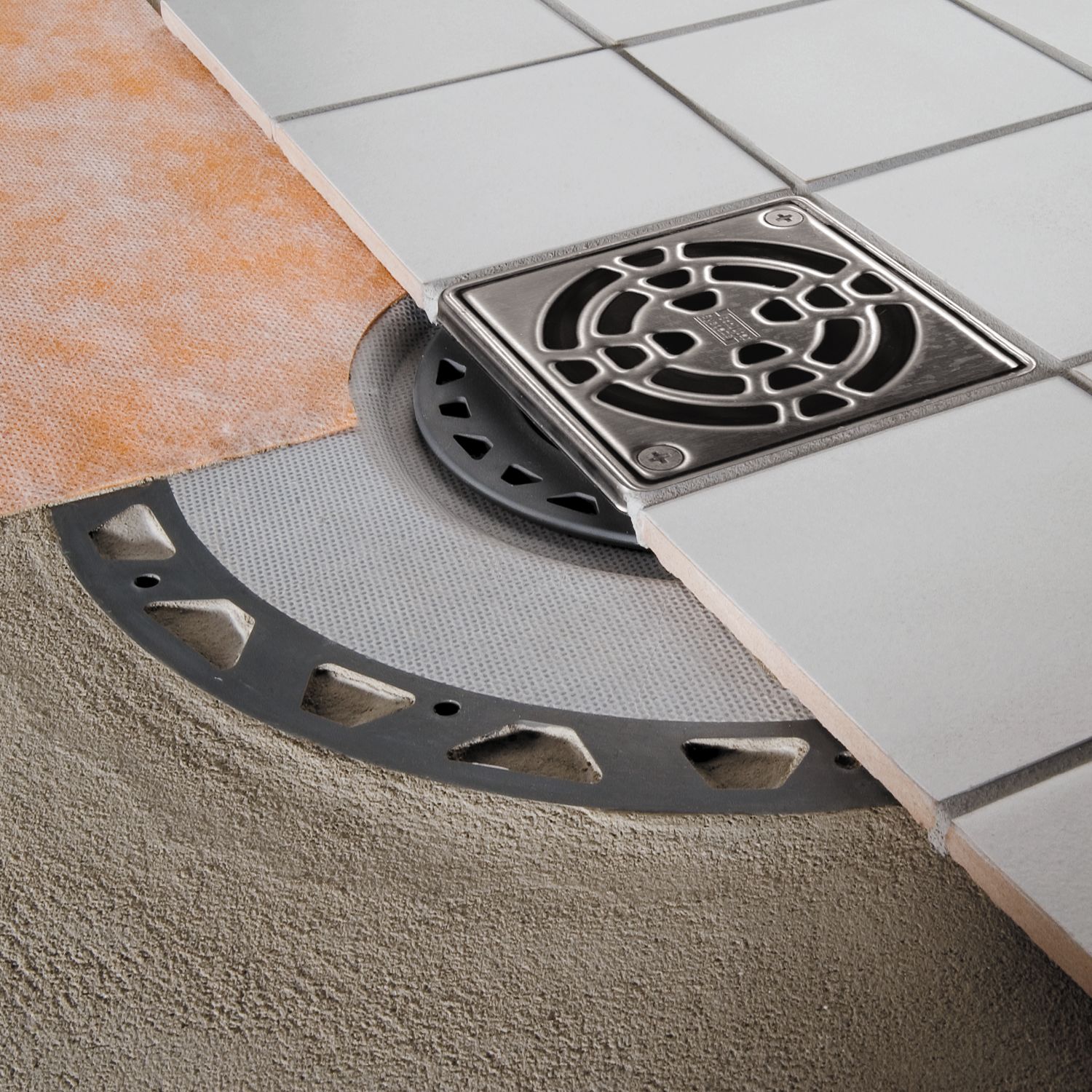 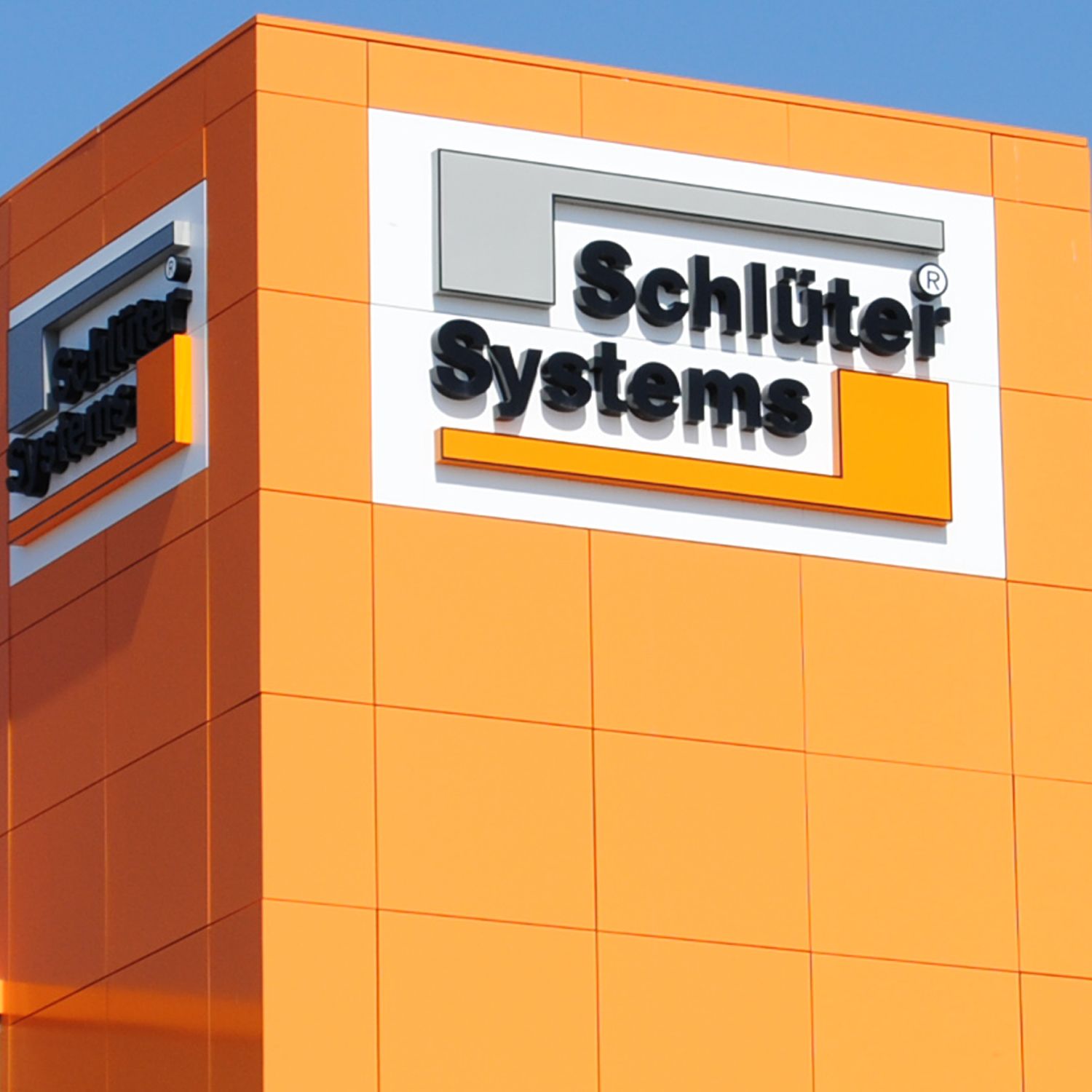 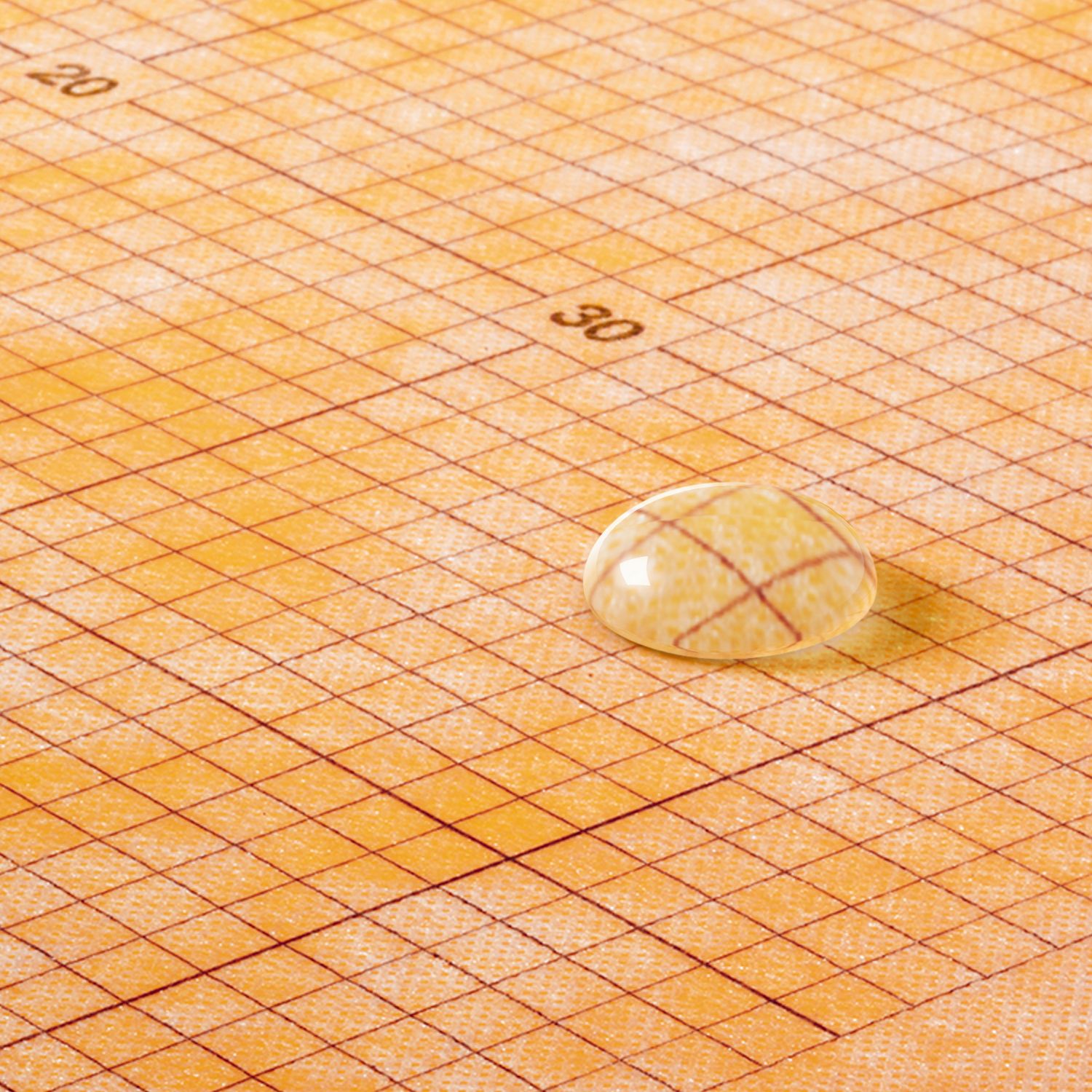 Schluter®-KERDI, a pliable sheet-applied bonded waterproof membrane is introduced. Unlike traditional waterproofing, Schluter®-KERDI is bonded to the substrate and allows for the direct application of tile using the thin-set method. This prevents moisture from infiltrating the mortar setting bed, thus reducing the risk of leakage, efflorescence, and mold growth in wet areas (e.g., showers, commercial kitchens, etc.). 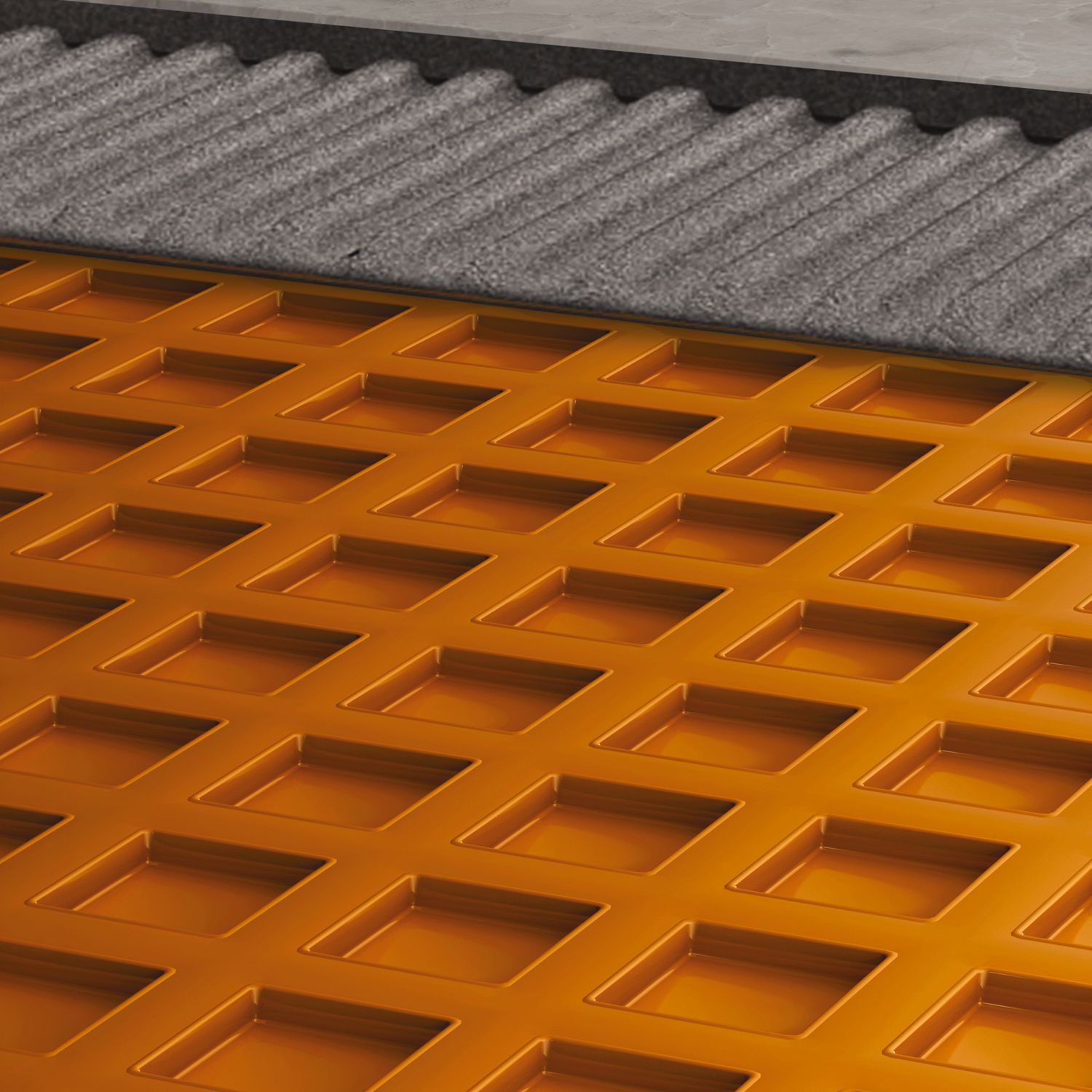 One of the most influential advancements in the tile industry was the introduction of the uncoupling membrane, Schluter®-DITRA. For thousands of years, tile was successfully installed using the sand strata method. This method incorporated a layer of sand to uncouple the tile surface from the substrate, allowing the two surfaces to move independently. Thin-set mortar was developed in the 1960's, and tile-setting techniques took a new direction. Force-conductive bonding, or bonding the tile directly to the substrate, became the standard. Since the substrate and the tile react to changes in moisture and temperature at different rates, stresses in the force-conductive assembly can produce cracks in the tiled surface. Werner Schlüter developed Schluter®-DITRA, which replicates the function of the sand strata method, effectively uncoupling the tile from the substrate. This improved version of the sand strata method also incorporates waterproofing and vapor management functions. 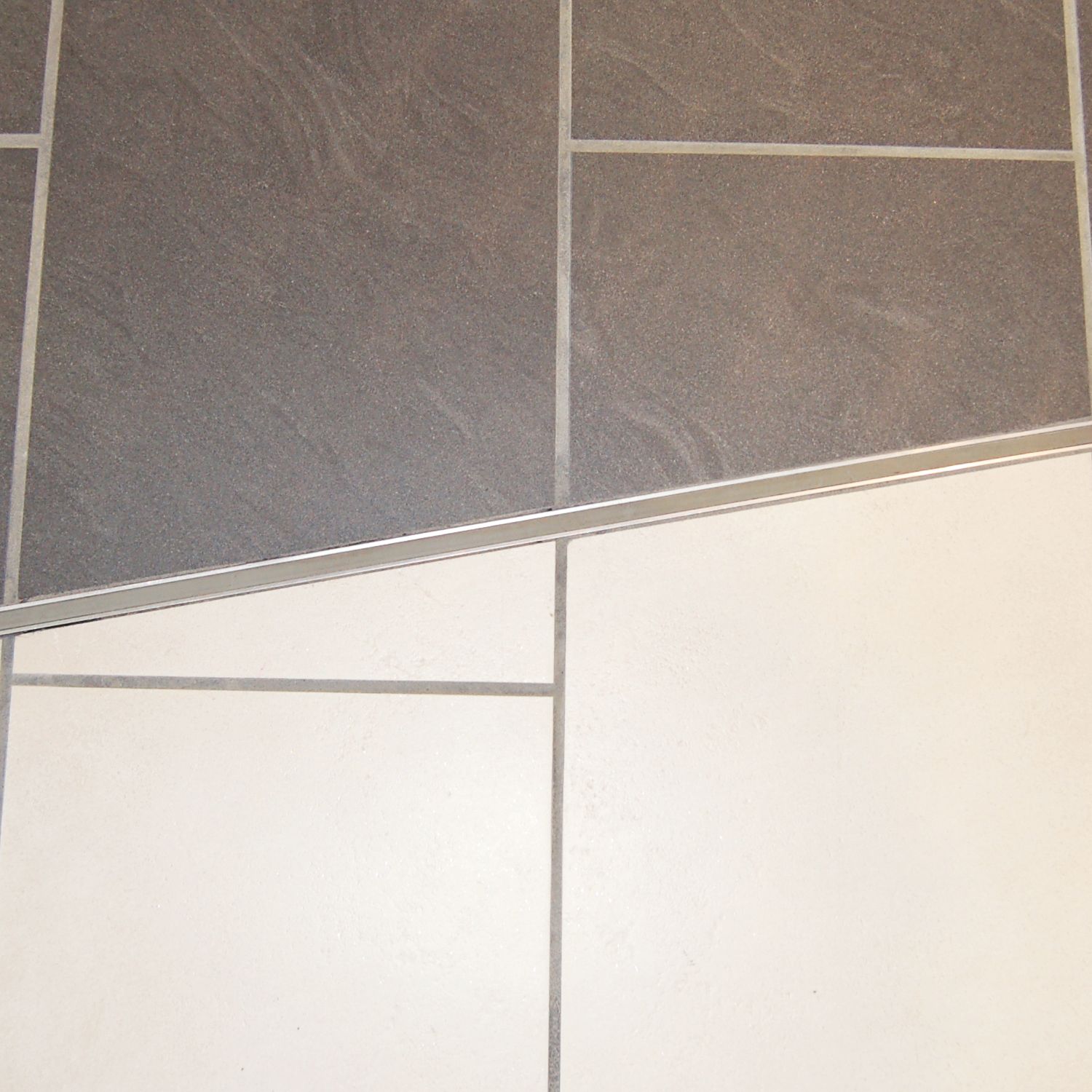 Schluter®-DILEX profile series hits the market. For the first time, it is possible to construct long-term, maintenance-free movement joints. 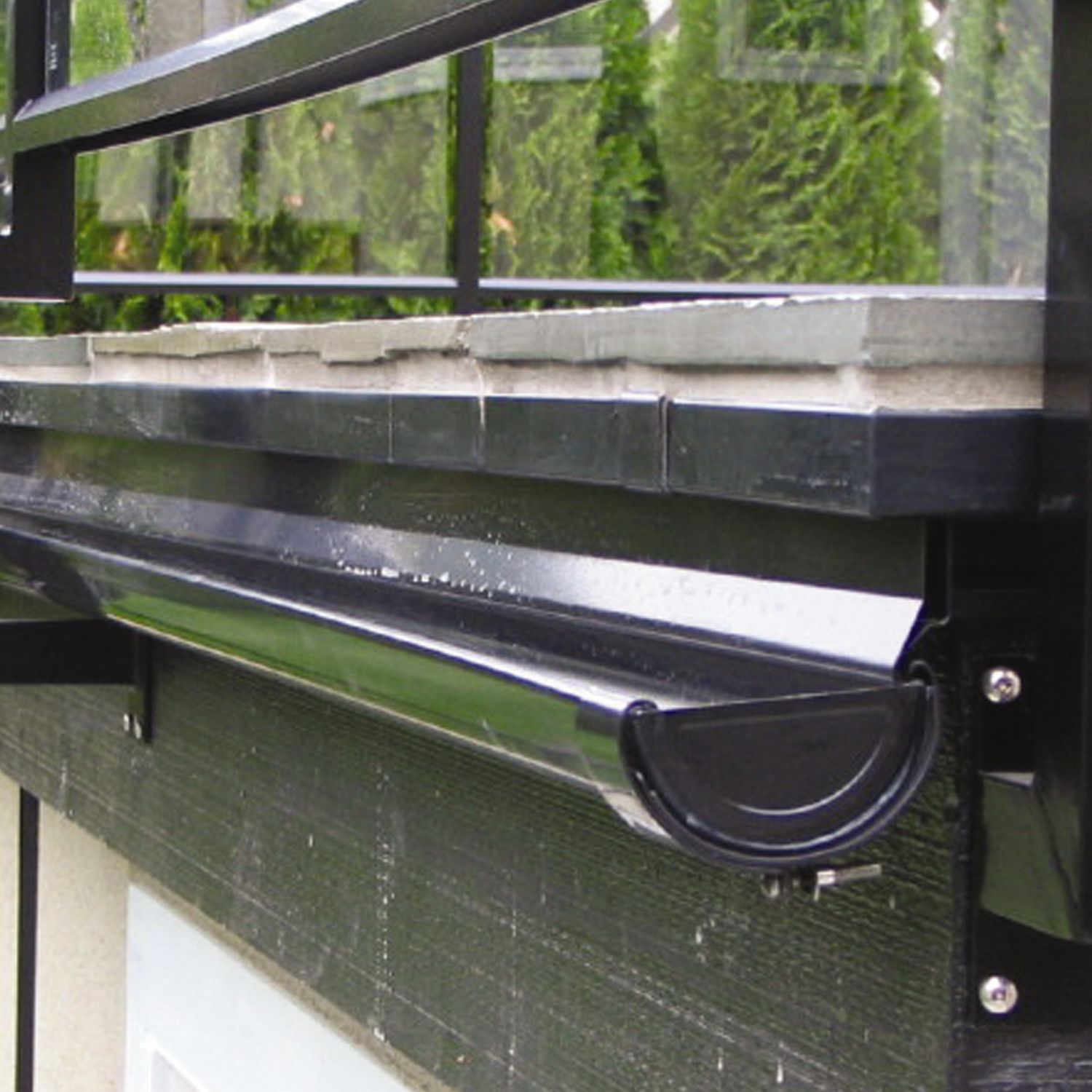 Temperature fluctuations and the resulting freeze/thaw cycle can cause the gradual deterioration of the mortar bed in exterior tile applications. Werner Schlüter developed water management systems, including the Schluter®-TROBA drainage matting and the BARA and BARIN edging and gutter systems. 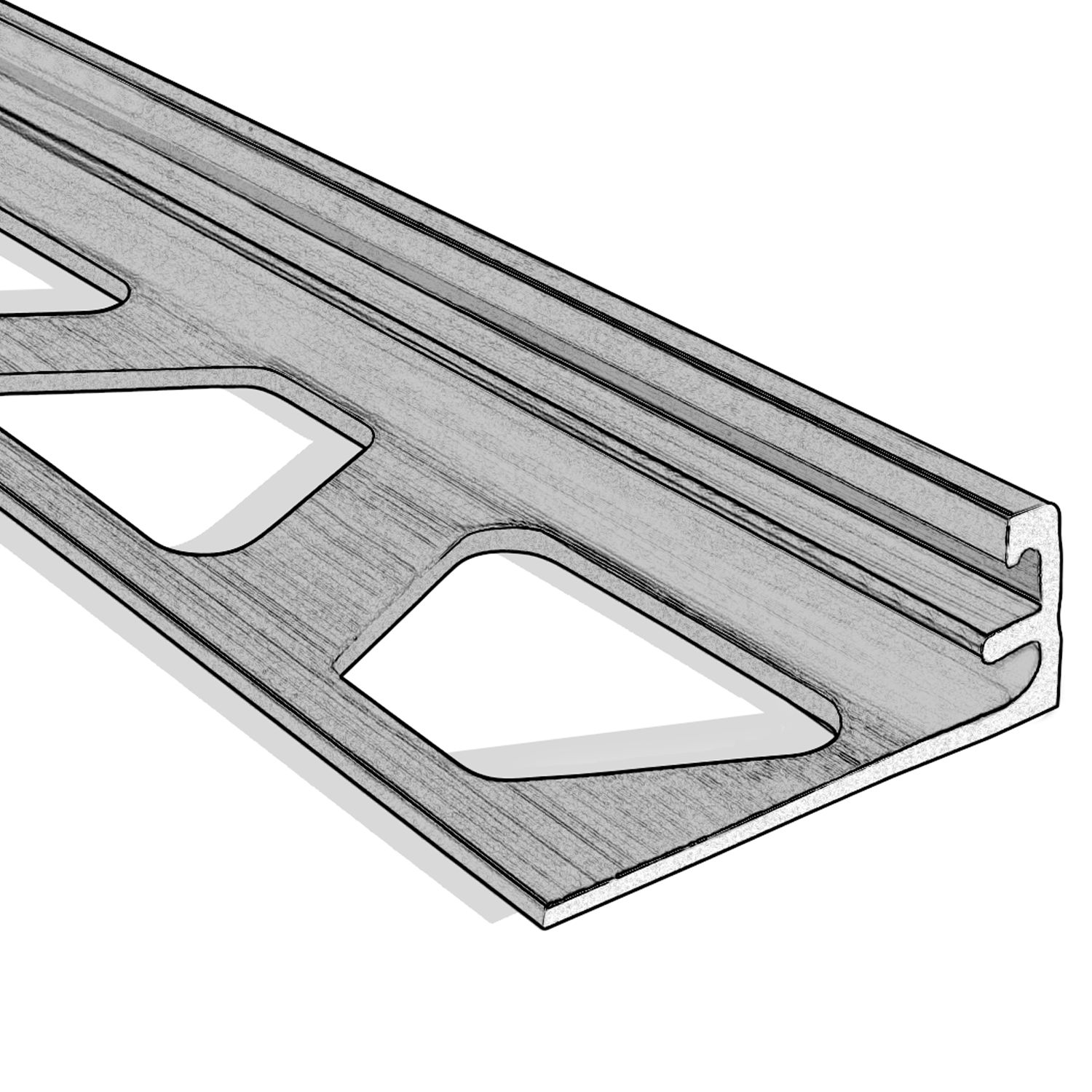 In the beginning was the profile 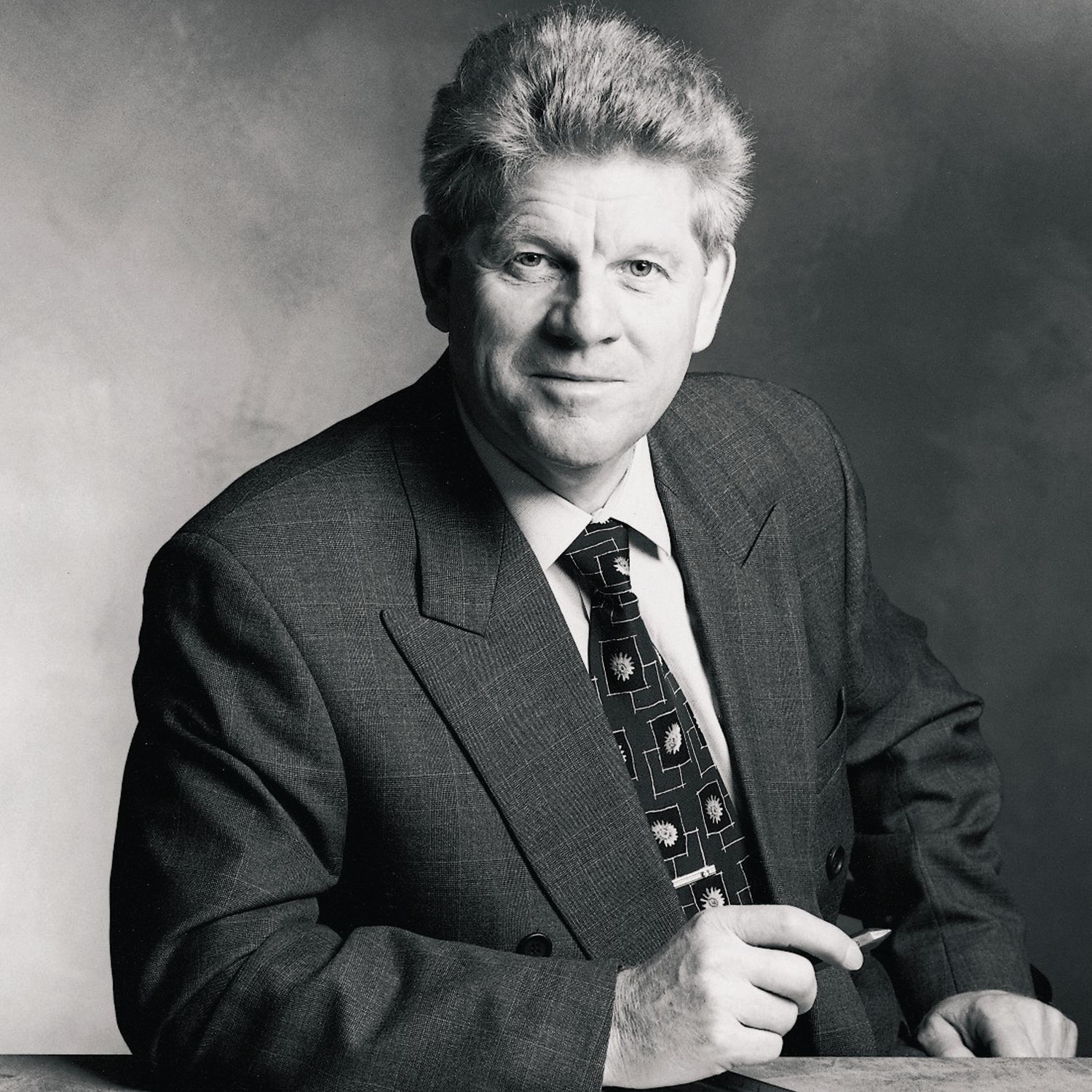