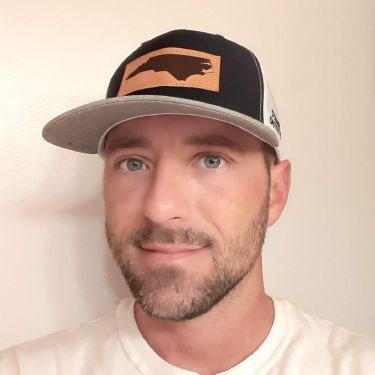 “You’re going to do great things with your heart.” Stephen Cooper remembers a teacher telling him this in his school days, and when it comes to tiling, the statement rings true. “I just love the concept and the artistry behind tiling, and everything you can do with tile.”

Growing up the son of a general contractor, Stephen spent his summers on job sites from the age of 11, helping his father with whatever needed doing. When he graduated high school, he jumped straight into working in construction full-time, crediting his ‘super dad’ as his inspiration, and the best teacher of craftsmanship.

Over the past 19 years, Stephen has learned almost every facet of the trade there is to learn: he started working with framing and trim, got certified in plumbing, and then moved on to tiling and flooring. “My dad would send me on odd jobs – one day I’d be helping with brick masonry, the next I’d be helping the roofers.” 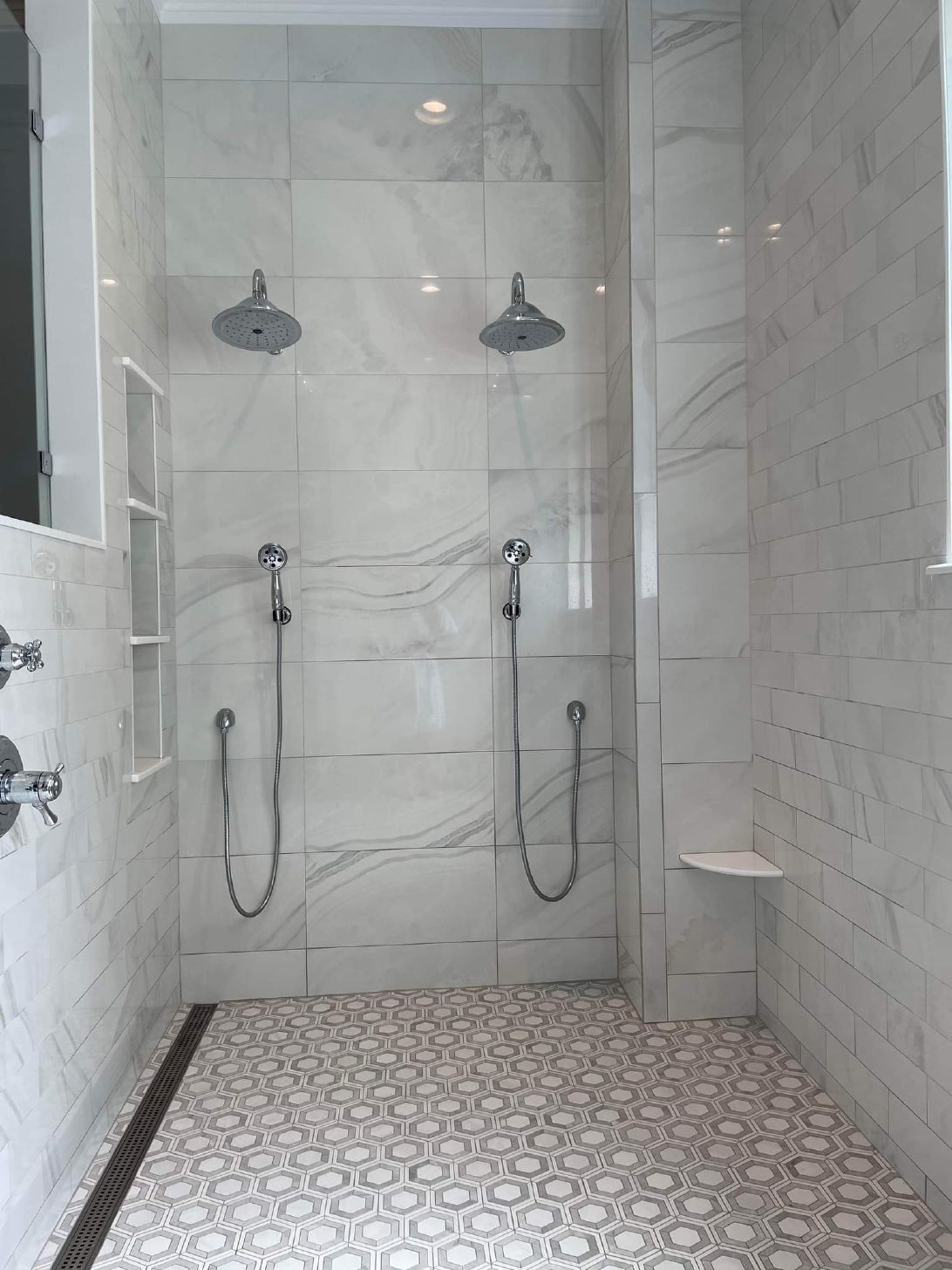 He worked alongside his dad for 8 years, but it wasn’t until about 4 years ago that he moved from Davison County, NC to Ocean Isle Beach, and threw himself into tiling full time. At first, he worked as a subcontractor, and eventually struck out on his own, founding his namesake Cooper’s Flooring & Tile LLC. He linked up with Shoreline Flooring & Tile in what was the start of a successful partnership that led him to work on this large-scale shower project.

At the request of general contractor Jennifer Norton of Carolina Craftsman, Stephen began working on this giant of a shower, measuring 12 ft x 6 ft, with 10 ft ceilings. The shower features double rain heads, a custom triple niche, 12” x 24” polished tile on the side walls, and 4” x 12” tile with thassos marble wrapping around the knee wall and window wall – and he tackled the job by himself.

“Working alone, using Schluter products like the prefabricated shower tray and Kerdi membrane were the key to being able to get this job done quickly and efficiently.”

He used a 55” x 55” shower tray to create the base and wrapped the wall in Kerdi membrane. Using the shower tray hastened the process: “There was no mixing, no carrying buckets, no floating. You just throw down some thin-set, place the tray, and you’re ready to tile.” When plans to include a soaker tub fell through, Stephen hand-floated a mud bed in the area and lined it up with the shower tray, creating the spacious finished shower.

When it came to the tile, the homeowners wanted a luxurious look, and Stephen accomplished this with large-scale polished tile, lining up the marbled veining as he went: “That’s my company’s motto: Precision in every detail.” 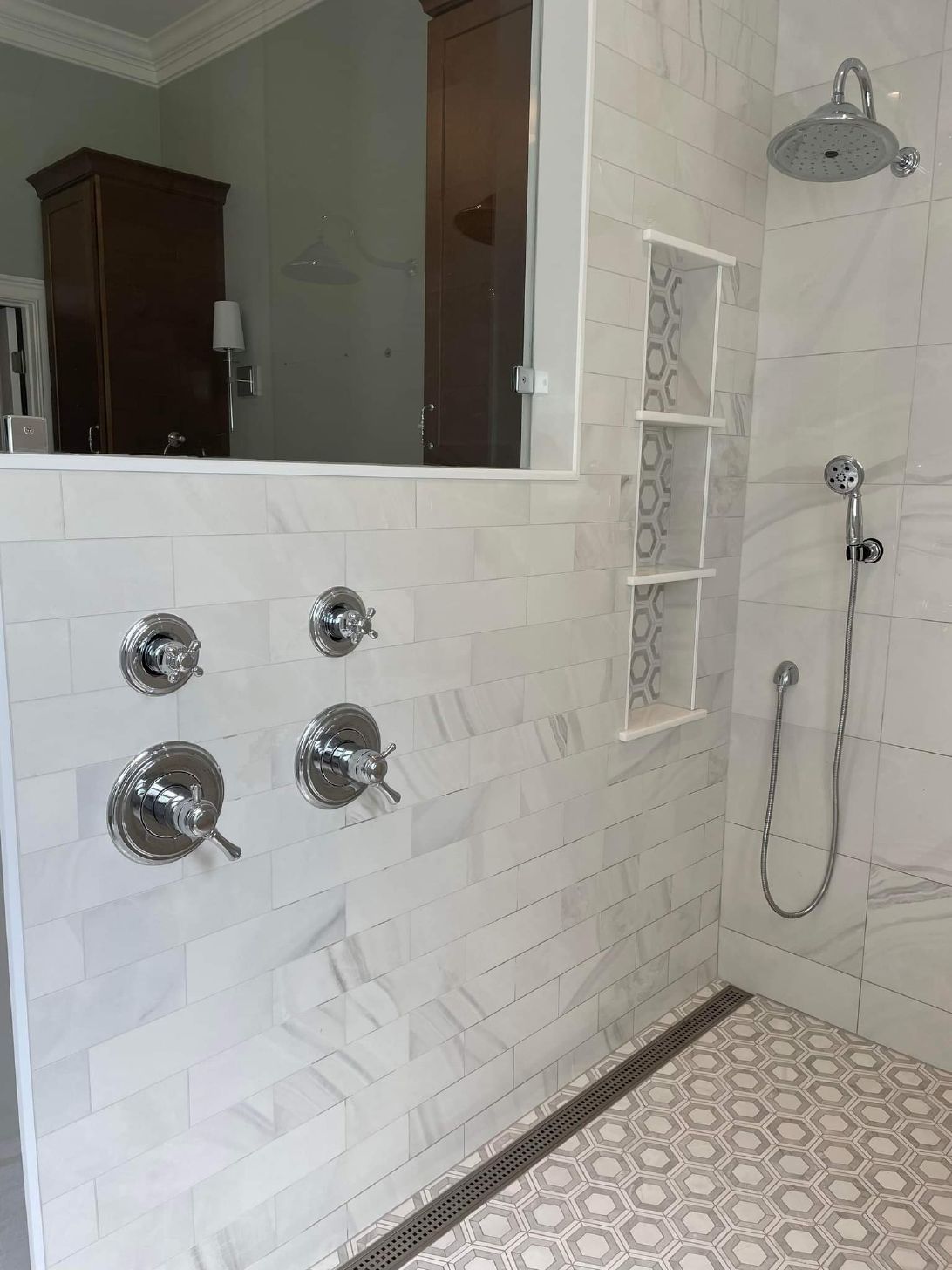 From start to finish, the project took 4 weeks to complete – something Stephen says couldn’t have been accomplished without using Schluter products.

“Knowing that Schluter is a quality product gave me the confidence to move forward with this project. Instead of having to cut up other products and leave the work site covered in dust, Kerdi membrane got the job done in a fraction of the time and kept things clean and running smoothly.”